Dan Olteanu is an associate professor in the Department of Computer Science and Fellow of St Cross College at the University of Oxford. He has also taught at University of California, Berkeley, University of Munich, Saarland University, and Heidelberg University. He received his PhD in Computer Science from University in Munich in 2005. His research interests are in database systems and theory. Dan contributed to XML query processing, incomplete information and probabilistic databases, and more recently to factorized databases and the industrial-strength LogicBlox database and analytics system. He is a co-author of the book “Probabilistic Databases” (2011). Olteanu has served as associate editor for PVLDB’13 and IEEE TKDE, as track chair for ICDE’15, group leader for SIGMOD’15, and will serve as vice chair for SIGMOD’17. His current research is supported by awards from Amazon, Google, and LogicBlox, and an ERC consolidator grant. 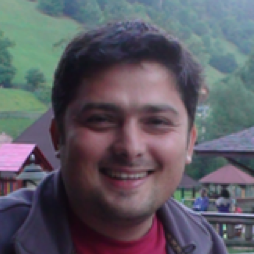