Prof. Ulrike Tillmann FRS has been at the University of Oxford since 1992. She is an algebraic topologist, known in particular for her work on Riemann surfaces and the homology of their moduli spaces. She has long standing research interest in homology stability questions. In 2011 she introduced an annual course (with Abramsky) in Computational Algebraic Topology at masters level. In the last year, Tillmann has co-organized four workshops on topological data analysis, as well as an CMI-LMS research school.

She held an EPSRC Advanced Fellowship 1997-2003. She was invited to present at the ICM in 2002 and was a member of the topology subject panel for both the 2010 and 2014 ICMs. In 2008 she was made a Fellow of the Royal Society and received the Bessel Forschungspreis from the Humboldt Gesellschaft. She is an inaugural Fellow of the AMS. 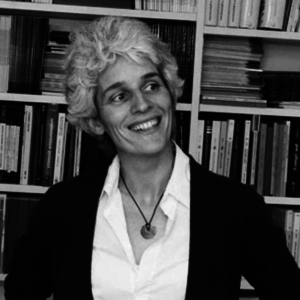