Efthymia Tsamoura received her BSc in 2007 and her PhD in 2013 with honours both from the Computer Science Department of Aristotle University of Thessaloniki, Greece. Before staring her PhD studies, Efthymia worked on problems related to multimedia analysis as a research staff of the Centre for Research and Technology Hellas.

Since June 2013 she is a postdoctoral researcher in the Computer Science Department of University of Oxford, working on problems related to querying semantically interrelated resources. Her research interests lie in the fields of data integration, query answering under constraints, distributed query optimization, multi-objective query optimization and grid computing. On October 2016 Efthymia will join the Alan Turing Institute as a Research Fellow, where she will continue working on problems related to her research agenda looking also at applications in querying biological data.

Today a vast amount of bioinformatics data resides on the web. Yet the usefulness of these resources is limited by the difficulty in harnessing the data to answer user information needs. During the course of my ATI Early Career Research Fellowship and in collaboration with researchers from ATI, the University of Oxford, and the European Bioinformatics Institute (EBI), I will create tools and techniques enabling biologists to more easily integrate web-based data into their activities. This will involve building systems that allow scientists to use the plethora of web-based data without expertise in the resources that want to access. While making the use of data simpler, the tools that I will create will also make them run more efficiently, by giving scientists access to the power of large-scale infrastructure. 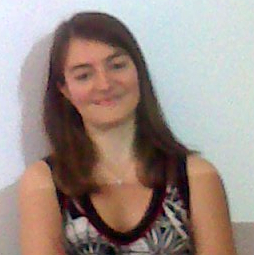